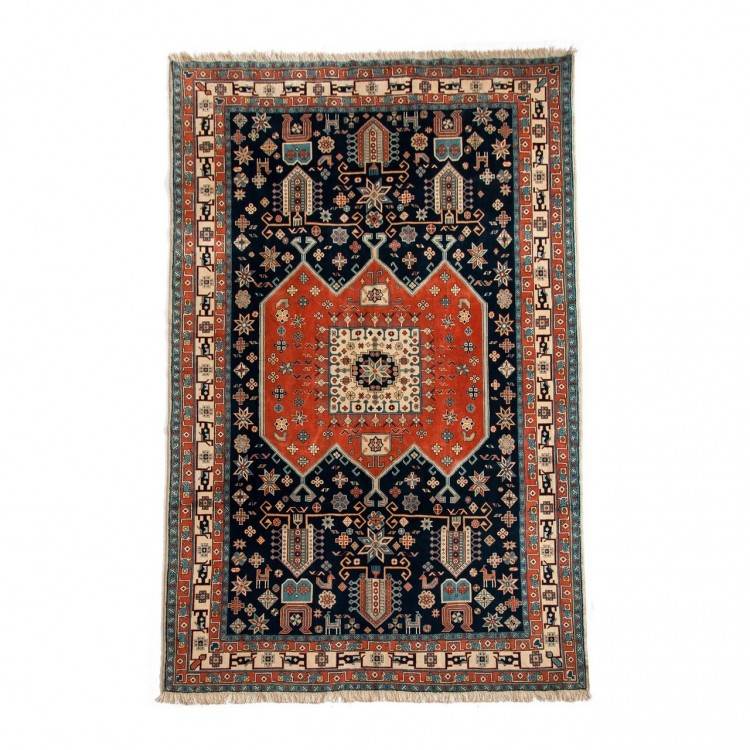 This product is no longer in stock
Warning: Last items in stock!
Availability date: 08/17/2019

Nobody has posted a review yetin this language
Rate it

This beautiful carpet is Kurdi.The carpets of the mountain Kurds that come onto the Persian market place are known as Kurdi, and include those produced in the neighboring areas of Anatolia and Iraq. In addition imaginative labels are devised by the trade, especially when the origin of the piece is not clear. Old and antique pieces, which can still be found occasionally, are good furnishing carpets as well as being admired by many connoisseurs.

Geometrically patterned Persian carpets, are decorated with linear elements composed of vertical, horizontal and diagonal lines, and are formed by a repetition of the same motif. The motif of a carpet can be used to determine the particular tribe, or place of origin.

Dying method of material of this carpet was traditional and all dyes which used were natural dyes. Colors of natural dyes are softer and more natural looking and longer lasting than their synthetic counterparts. Sometimes natural dyes contribute to Abrash. Since all-natural dyes are not chemically or synthetically based or fixed, no two dye lots can ever be exactly the same.

Some examples of natural dyes are:

Animal Dyes: the most important of these is cochineal and in earlier times, Indian lac, both obtained from insects. A purple dye obtained from snails was Important in ancient times.

In addition, however, colors will vary with the wool quality, e.g., its fat content, as well as with the chemical composition of the water which is used for preparing the dye baths.

Be the first to write your review !